-Since 2015 we valiantly promoted Wirt-Emerson online, by attending as many events as possible and getting their students to participate in Gary’s Miller Spotlight events such as the Doors to Miller Project, Disability Awareness Month Art Contest, Fest in the First and The Lake St Lantern Parade.

The MBACD hosted a showcase of the Wirt-Emerson students’ work and also hosted one for Bead Town. We helped their parent action group with requests they had for donations and volunteers.
Additionally Miller Spotlight’s Education and Youth/ Child Programming Action Group sold $1,000.00-worth of Wirt swag. These items were found in the locker room at Wirt-Emerson. Our volunteers washed 40 years worth of jerseys and were able to sell three quarters of them at the Wirt All Class Reunion in June of 2016. They continued to sell the remaining Swag at our famers market from July-September of 2016. Sales from this swag went towards funding programming at Wirt-Emerson.

***We created evites on FB & ND for all of their events for the 2017-2018 school year upon receiving their calendar. 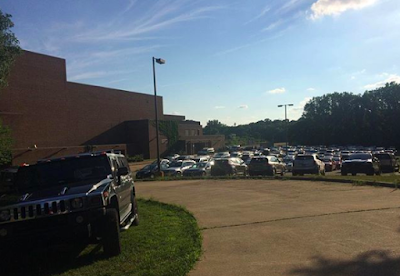 Sadly DUAB decided to close Wirt-Emerson this summer (2018). We are now working to enforce an appropriate decorative board up to be implemented on site.

***This action Group’s recommendation is to up date this goal to promote West Side Theater Guild's productions as many children in our community now preform there.

Goal 2: Host annual Miller Spotlight Harvest Festival to increase enrollment of local educational institutions and programs for youth and children by 10% by 2019.

-Originally part of our Early Action Projects, Harvest Fest 2015 was a smashing success We received a $500 Miller Community Fund Grant to Host Harvest Fest 2016 and $155 donation from Ayers Reality for the street permit. 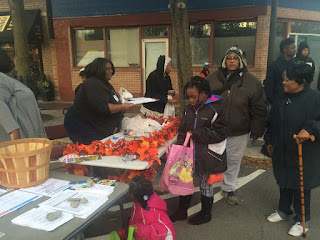 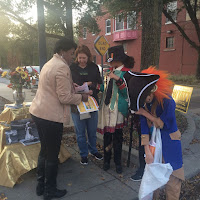 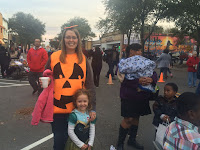 The original reason the group put on Harvest Fest was that Gary’s 1st District used to have an awesome celebration called Fest in the First. It hadn’t been put on in several years, so our volunteers decided to do Harvest Fest 2015. 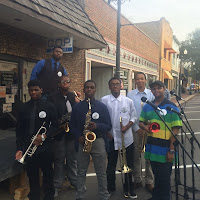 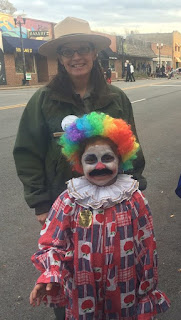 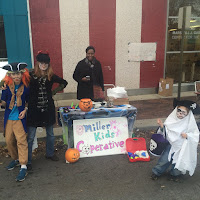 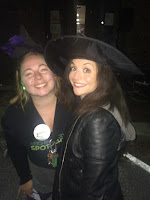 Gary's 1st Precinct Organization decided to bring Fest in the First back for 2016. The community was very happy about this! Our volunteers partnered with the precinct committeemen/women who run Fest in the First. 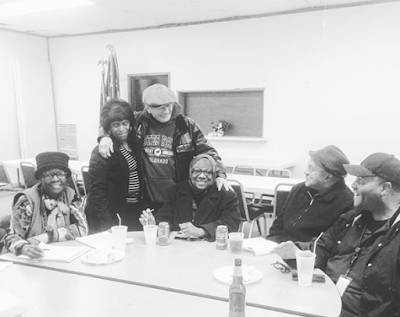 We hosted an educational/ youth and child programming corridor at the Marshall J. Gardner Center during Fest in the First 2016 and used the grant money to make the space as family friendly as possible. 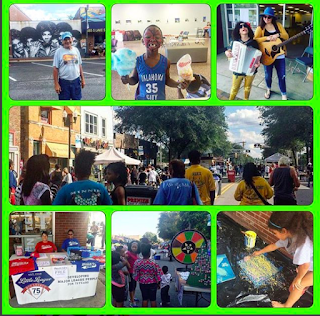 The boards local kids decorated at as our 2016 Fest in the First service project were used as our decorative board up project in Aetna. 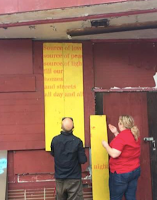 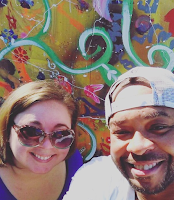 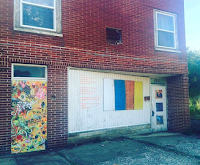 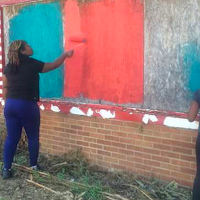 For Fest in the First 2017, we secured two homes in Emerson adjacent to Idle Hours Park. 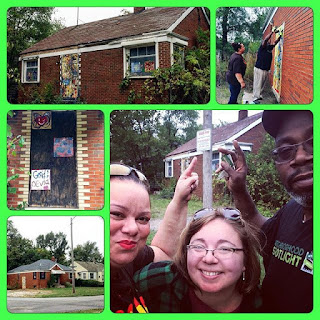 Even though Fest in the First was super successful, people still wanted to do something fun and festive for October. So, we hosted The First Annual Lake St Lantern Parade down Lake Street on Friday 10/29/16 with 116 people parading with 100+ spectators. We hosted this to celebrate the progress being made at The Dana Evans Community Corner (the former Ralph’s Wilco) and to bring attention to all the programming we are doing in the community as a whole.

We also cohosted Have S’more Fun Event with Councilwoman Wyatt and the Gary Rotary Club on 10/29/16 with 116 people at The Dana Evans Community Corner (the former Ralph’s Wilco). Locals were able to casually discuss the community goals and get excited about projects happening across the city.

We held this event for the second year in a row on 10/27/17 with another great turn out and fabulous after party at our backbone organization, the MBACD. The Third Annual Lake Street Lantern Parade will take place on 10/26/18 more info coming soon.


***This action Group’s recommendation is to up date this goal to cohost Fest in the First each year in September and then to partner with The Shops on Lake St & the MBA for the Lake St Lantern Fest (which will always be the Friday before Halloween).

Goal 3: Create a community space and maintain a local institution by opening the Wirt- Emerson pool to the public by May 2017.

-The Dana Evans Community Corner was completed in the spring of 2017. It is a nice intergenerational space.

-St. Mary of the Lakes hosted their basketball program for youth the last week of June. -

-The Revolution Church hosted their first annual VBS on Lake Street and is helping implement basketball at Park Shore Commons.

-CARgo conducted a year’s worth of poetry workshops across Gary.

***This action Group’s recommendation is to up date this goal to be a longterm project. The pool needs a filter and there are issues with the heating system. Wirt-Emerson has roof issues as well. Additionally the Gary School Corporation was taken over by the State of Indiana in the spring of 2016. As the entire school system is in limbo, we are on pause with this goal, but have informed the Distressed Unit Administration Board of the community’s intentions. DUAB announced that it is closing Wirt-Emerson. The group recommends transitioning this goal to be implemented at City Life Center which is in the former YMCA and has a pool that needs an estimated $40-$60k in repairs to be brought back into use.

-We incorporated this into Fest in the First. Students from across Gary perform at Fest in the First and we display their artwork as well. Additionally, City Life Center hosted it's first summer showcase to great success.

***This action Group’s recommendation is to up date this goal to have City Life host a summer showcase annually as it was an overwhelming success in 2018.

Goal 5: Hold quarterly meetings with representatives of each school (public and charter), parents/guardians, youth organizations, and the community to share concerns and develop unified advocacy strategy. 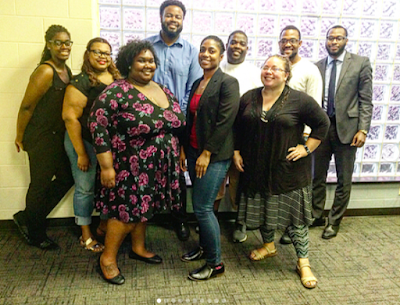 -We are reaching out to partners for this group. So, far the Charter School of the Dunes, Steel City Academy, the Miller Kids Co-Op (our homeschooling group) and Officer Lillie are definitely on board. We are attempting to connect with our public schools which have been in major turmoil from 2015-2018. We are hoping to launch the first meet up soon. Gary's Redevelopment Department is creating a comprehensive plan. The education committee (composed of volunteers) are gathering data citywide on how the education scene has changed over the past few years.